Horace Greeley began his musical instruction at the age of three, studying piano with a student of Lesitchitsky. Taking up the bassoon nine years later, he stopped studying piano in order to concentrate on the bassoon. He studied bassoon with Frederick W. Moritz (long-time Principal Bassoon of the Los Angeles Philharmonic). As that study unfolded, he studied theory and composition with a student of Nadia Boulanger, analysis with a student of Heinrich Schenker; and conducting with Frederick Zweig, a former Principal Conductor of the Berlin Opera. Later, as Principal Bassoon of the Blomstedt International Conducting Workshop (held at Loma Linda University), he studied conducting with Maestro Blomstedt during the fifteen years that the workshop was held.

In support of both his study of conducting, and his growing work doing concert and recording work for Steinway, Bosendorfer, Baldwin, Yamaha, and Kawai, Mr. Greeley attended or participated in a number of Master Classes.

Mr. Greeley says: “While in part motivated by my work as a concert piano technician, my interest in piano performance techniques extended far beyond that. My own nine-year study of the piano provided the foundation on which all of my other musical work has been based. Much of the success that I have had as a musician and concert technician has been grounded by paying very close attention to the teaching and performance techniques of the artists like those mentioned above.”

Mr. Greeley began a two-year apprenticeship in piano technology in the Summer of 1966. In 1968, he began work as the concert technician for Cerritos Community College, Cerritos, CA. Quickly coming to the attention of the Steinway Concert & Artist Department for Los Angeles, in 1969 he was invited to attend seminars at both Steinway Hall and the Steinway Factory in New York. From then until 1995, he spent an average of two weeks per year in further training at Steinway & Sons, with the time split roughly evenly between the Hall and the Factory. These trips were to take advantage of further training opportunities made available to him by Steinway and Sons. Areas of training included: design and construction, learning many specific manufacturing techniques unique to Steinway; and concentrating extensively on the concert preparation of instruments for top artists for public performances as well as for recording purposes. Mr. Greeley has also attended numerous technical seminars provided by Yamaha, Baldwin, Bosendorfer, and Kawai.

In 1970, Mr. Greeley became the Head Concert Technician for the UCLA Center for the Performing Arts, Royce Hall, UCLA; a position he held until his relocation to the San Francisco Area in 1987. In 1986, Mr. Greeley became the technician for the Monterey Symphony, Monterey, CA; a position he held until 2018. As a master Steinway technician, Mr. Greeley has worked in a wide variety of venues, supporting many artists in varying situations; and providing top-quality service to a large number of private clients. 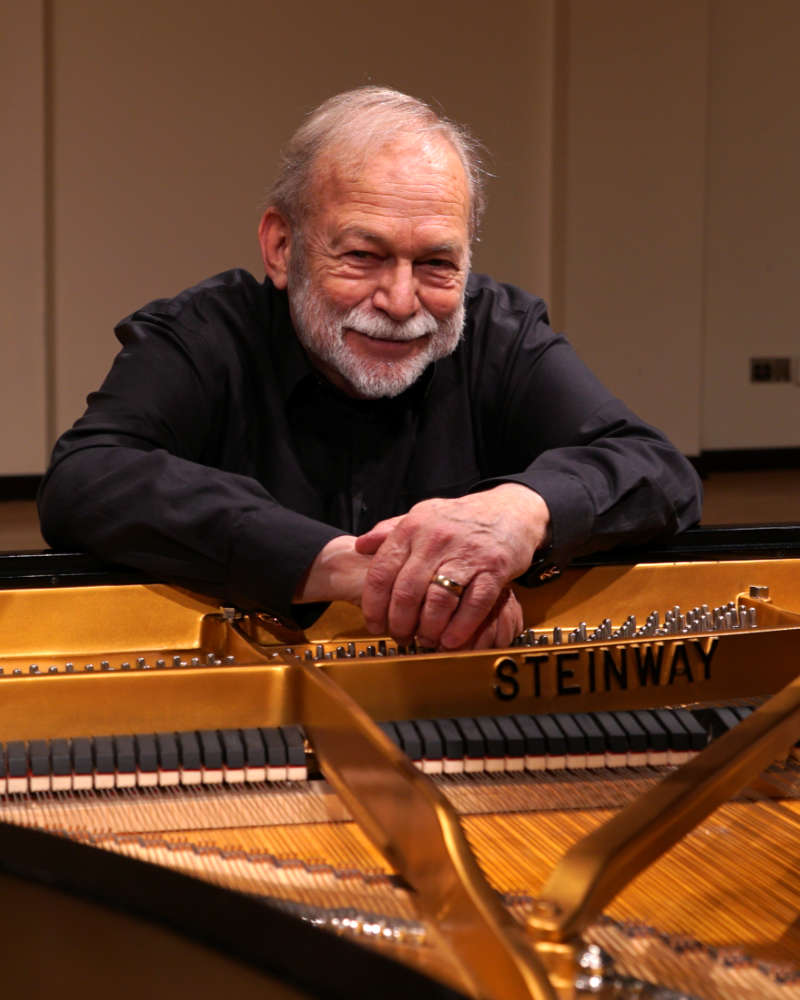 Horace Greeley is proud to have worked with these artists, among many others.

Mr. Greeley is that rare example of the tuner/technician as artist. His values, both musical and personal, are reflected in the level of excellence that he brings to his craft. His work is nothing less than legendary among my colleagues.

I have known Horace for a good number of years as one of the few excellent Piano Technicians who perform their task of piano work to the satisfaction of his clients, may they be in the Concert & Artist World, or in the general music field which is entitled as much as the Concert Artist to an excellent job in tuning, regulating, and voicing of an instrument.

I have had the pleasure of knowing Mr. Horace Greeley for nearly fifteen years. During that time, Mr. Greeley has provided technical service of the highest calibre to many world class Steinway Artists. Mr. Greeley has provided our firm with frequent consultation in Steinway service matters throughout California and has received specialized training by our Steinway concert technicians here at Steinway Hall and by senior craftsmen at our Factory in Long Island City, New York.

Mr. Greeley possesses a unique understanding of the artistic requirements of performing artists which makes him exceptionally well-qualified for concert work. His skills in concert tuning, tone regulation and action regulation of the Steinway piano allow me the opportunity to recommend him unconditionally for the servicing of Steinway concert instruments.

A technician of formidable ability.